The fishing right in Gels Å includes both banks of approx. 37 km of the river from Immervad Bro in the east to Gelsbro in the west. Two short distances excluded.

Gels Å offers a very varied fishing and is with good reason the favorite fishing water of many anglers. A large population of brown trout, sea trout, salmon and pike offers excellent opportunities for great fishing experiences. Grayling are on a national basis fully protected until April 2017.

The width of the river varies from 1 meter at Immervad Bro to 15 meters at Stensbæk Plantage.

Since 2004 salmon has been electrofished at the end of the year and bred for restocking as fry and fingerlings in Ribe Å Systemet, to which Gels Å belong. This, in conjunction with a 5-year protection, has led to the salmon again being self-producing and a quota is now released for fishing. See more at www.ribeaasystemet.dk.

The population of sea trout and brown trout are also self-producing and first class.

The blockings at Ribe Stampemølle and Gelsbro Dambrug have been removed and replaced by two long rapids, so sea trout and salmon can now freely migrate up the river. The damming at Kastrup Enge is also removed in 2013. 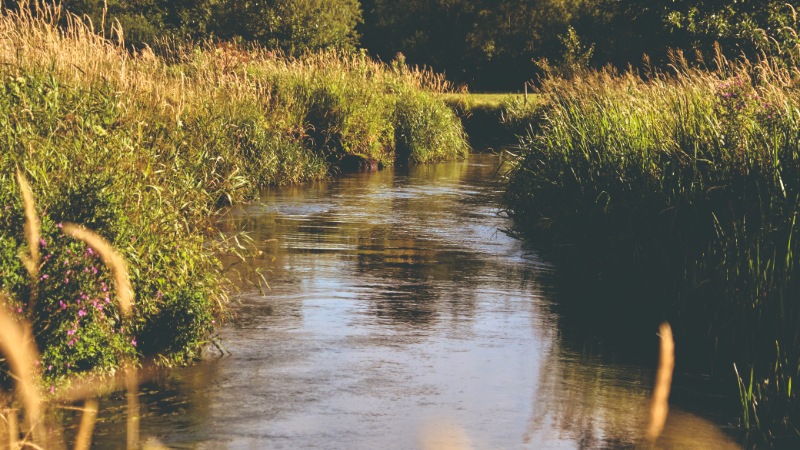